Can You Guess Toronto’s Hottest Neighbourhood?

The Toronto housing market has notoriously been on a rollercoaster of price fluctuation over these past 12 months and everyone is curious to see how prices will trend going forward.

Recently we’ve seen housing prices cool down, but as condo experts, we were interested to see if this had any effect on the condo market.

Over the past few weeks, we’ve carefully been collecting data on both the housing and condo market to see what the experience has been in the past year.

A few years ago we (Sky View Suites – furnished rentals & condo experts) released the Toronto Price Map that illustrated the lowest and highest prices based on Toronto neighbourhoods.  Now we’re back with an all new recreation of the map that highlights the positive and negative changes in prices for houses and condos comparing Q1 of 2018 and Q1 of 2017. 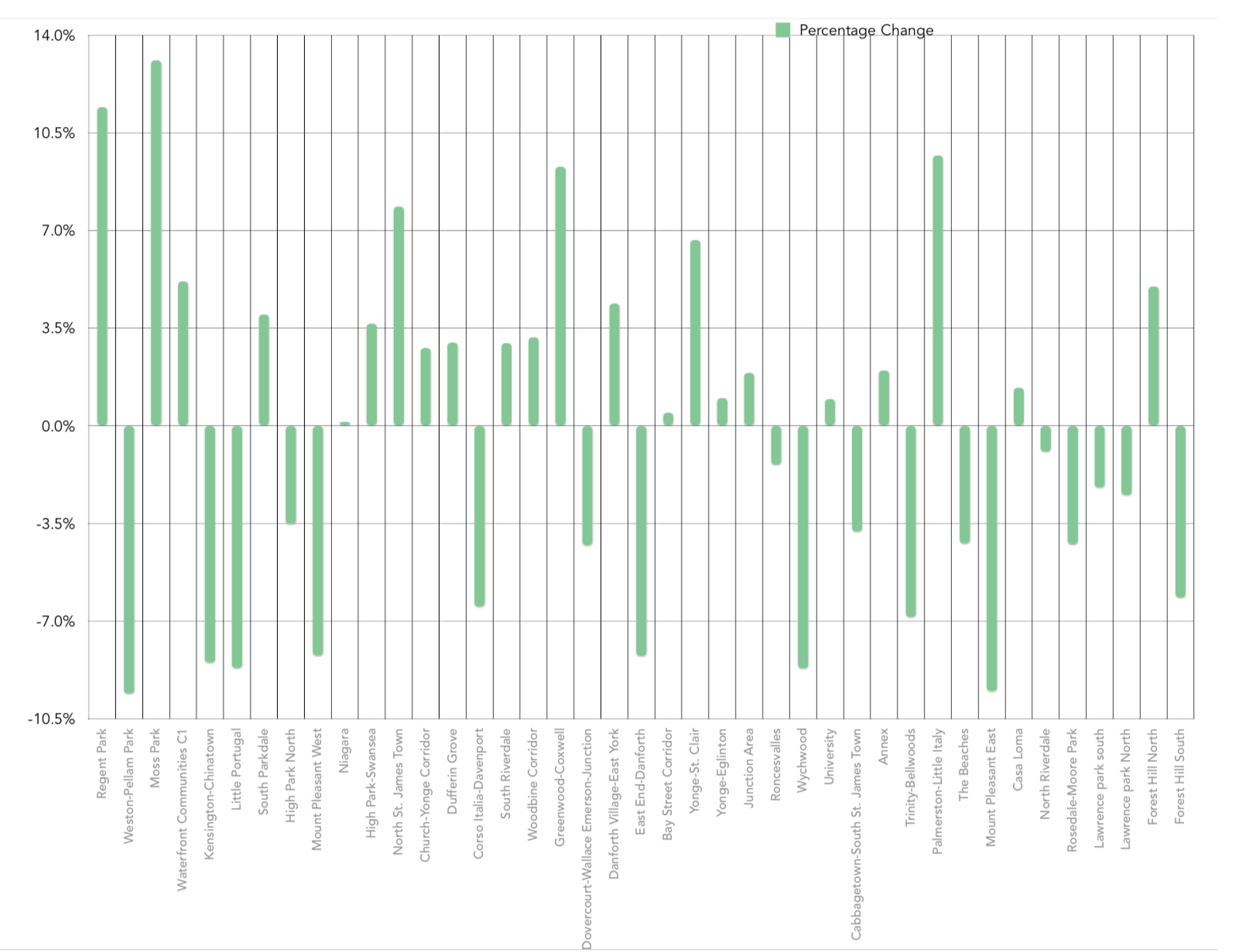